Since the release of the 13th five-year plan, the construction of smart cities and the Internet of things has once again pushed sensors to the forefront. Taking the current situation into consideration, whether in China or the whole world, the construction of smart communities has become an irreversible trend. In this environment, sensors, as the "bridge" of smart cities, will inevitably usher in an industrial explosion.

The basic requirement of a smart city is to connect things in the city. Every object that needs to be identified and managed needs to be equipped with corresponding sensors. Therefore, the upgrading of sensors is the key to the rapid development of smart cities.

Start with the hottest area of autonomous driving, where sensors are used on a scale of more than 100 billion yuan: autonomous cars are cars that can drive themselves with little human intervention, and they may well represent the driving trend of the future. According to IHS automotive research, the market for automotive sensors, which helped create this engineering miracle, has already emerged and will continue to grow rapidly for years to come.

For example: from the most basic part of autonomous areas, according to a 2016-2021 China's high-end sensor industry market demand and data analysis, investment planning parking auxiliary sensor with lane departure warning sensor, only will appear in the automated driving two classes in the application of sensor, the next five years is expected to strong growth every year.

Applications of sensors in intelligent transportation

The sensor network composed of sensors can provide effective means for information collection of intelligent traffic system, detect vehicles at each intersection direction, and according to the detection results, improve simplification, improve signal control and improve traffic efficiency, so as to truly solve the problems of safety and smoothness of urban traffic.

Applications of sensors in smart grids

The application of sensors in smart grid is to make quick and direct measurement and on-line monitoring of the quality and fault location of some power products by using sensors. Now advocate the wisdom of the city, the concept of smart grid, investigate its fundamental: establish a smart grid need terminal power information collection system, largely refers to the sensor network, the construction of the smart grid, directly drive the sensor market, at the same time, is in order to meet the needs of the smart grid upgrade in the future, power system, intelligent sensor also thinking, systematic and network.

From the expenditure on smart grid in the United States shown in the figure below, we can find that there is still a large market space for smart grid in China. The application of sensors in smart grid is just beginning.

Since the beginning of the 21st century, the United States, Britain, Germany, Japan and other countries have pioneered the practice of smart cities, giving birth to many classic cases. Next, small series will give you a brief introduction of several smart city cases, so that you can glimpse the current situation and future of foreign smart city construction.

Song island in Korea
South Korea has been at the forefront of the adoption of new technologies. The country boasts the fastest consumer Internet in the world, and its culture is very receptive to the use of new technologies. So it's no surprise that South Korea is one of the first countries to try to tap the potential of the Internet to build smart cities. In 2001, South Korea set up Songdo, a high-tech city where people could live in the future, by reclaiming land from the sea. In matsushima, fully connected power facilities not only provide city managers with information about current electricity usage, but also help local residents control their own usage. Pine island public roads are laid in advance traffic information sensor for city traffic department to provide the detailed information of traffic conditions, and traffic managers can intelligently to reset traffic lights in order to reduce the incidence of traffic jams and traffic accidents, at the same time can make the traffic flow and traffic optimization configuration. These "smart roads" are connected via a network to a central control room and can act as an early warning before an earthquake strikes.

Santander, Spain
Santander, Spain is a medium-sized town. To reduce air and noise pollution, santander has turned to technology and become one of the cities experimenting with large-scale sensor configurations. By launching the SmartSantander project, the city has deployed about 10,000 electronic surveillance devices. Each device includes two radio transceivers that communicate with other devices, GPS and sensors to monitor the city's carbon dioxide emissions, noise, temperature, ambient light and even parking Spaces in a particular area. Each monitoring device communicates real-time information over the Internet, so drivers can find the next appropriate parking lot through mobile apps or smart signals.

Gloucester, England
One of the most striking features of this small British city in the process of building a smart city is that it has made full use of sensors to set up a "smart house" pilot.
In gloucester, sensors are installed around the house, sending back information that allows a central computer to control various household devices. The smart house is equipped with a computer terminal as the core of the monitoring and communication network, the use of infrared and induction cushion can automatically monitor the elderly walking around the house. The room is equipped with medical equipment that can measure the heart rate and blood pressure of the elderly, and automatically transmit the results to the relevant doctors.

With the development of smart city, the sensor industry will become a bigger market. Experts predict that the annual compound growth rate of China's sensor market will reach about 30% in the next five years. It can be said that the Internet of things and smart city will be the main application markets of sensors in the future. Soway is your good choise! 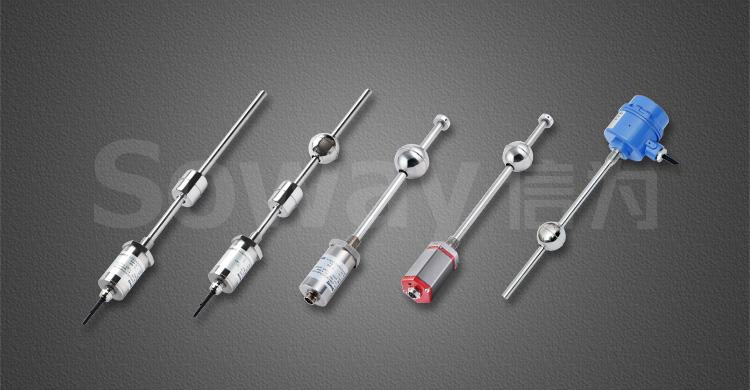