In 2010, China has surpassed the United States to become the world's largest manufacturing country. According to the National Bureau of Statistics, in 2018, the total industrial added value of China exceeded 30 trillion yuan. At the same time, the profit margin of China's top 500 manufacturing industry has dropped from a high of 5% in 2010 to around 2% in recent years. As far as sensors are concerned, the current Internet of Things, big data, cloud computing technologies, and even various technologies in smart cities, which are currently receiving international attention, will only increase the demand for sensors in the future, and the market scale will show a rapid development trend. The compound annual growth rate of China's sensor market will reach 30% in the next five years. From the history of sensor development, we know that sensors and communications, computers are called the three pillars of modern information technology and the foundation of the Internet of Things. Their applications invo e various fields of national economy and national defense research, and are the basic and strategic industries of the national economy. one. In "Talk, can! Serve! Be deceive, delusion!", the Office of the Customs Tariff Commission of the State Council of China intends to increase the number of US$60 billion listed US merchandise that has been implemented since June 1, 2019. The tariff rate is 25%, 20%, and 10%. For the tax items that have been subject to a 5% tariff, the 5% tariff will continue to be imposed as a counter-measure against the US tariff on US$200 million. The development of sensors in the era of China's Internet of Things must be dangerous. How to seize this huge opportunity?

In 1979, Japan ranked the first in the "Technology worthy of the next decade"; among the 20 key military technologies announced by the US Department of Defense in 1985, it was listed as the fourteenth; "Star Wars" plan, The European "Eureka" plan, the former Soviet "Military Aerospace" program, the development of high-tech fields in Britain, France, Germany and other countries have listed sensors as key development technologies, and listed their scientific research results and manufacturing processes and equipment. National core technology.

Among the currently known data, there are about 30,000 kinds of sensors for global productization. There are about 14,000 kinds of sensors in China, most of which are conventional types and varieties; more than 7,000 can be productized, but in medical, scientific research, microbiology, There are still shortages and gaps in special varieties such as chemical analysis, and there is a large space for technological innovation.

From the analysis of the current development status of China's sensor industry, the development of sensors urgently needs to explore new development ideas. According to ICInsights data, the average selling price of MEMS sensors was $2.57 in 2007 and fell to $0.97 in 2017. In addition, domestic sensor manufacturers are mainly concentrated in Shaanxi Province and the eastern and coastal areas, and other areas in the west and inland areas are relatively few. There are more than 1,300 institutions, research institutes and enterprises engaged in the development and production of sensitive components and sensors in China, but there are fewer backbone enterprises with strong comprehensive strength in research and production, accounting for only about 10% of the total. More than 90% of these enterprises are small enterprises, and many of them are “school-run factories” run by universities and research institutes. Since there is not much need for early investment in sensor manufacturing, there are many small capitals invo ed in private investment. The existence of a large number of small enterprises has made the price competition of domestic sensors in the low-end sensor field into a tragic state. On the other hand, in the high, fine and sharp areas, the domestic sensor business is bleak. In addition, the current technical content of domestic sensor products is low, the performance price is relatively low, the degree of industrialization is low, the conversion rate of scientific and technological achievements, the slow process of new technology is practical, and the lack of professional talents and other development status. The development of sensors is still very worrying. .

In 2016, the United States proposed that in the future, sensors will break through in the two major directions of process technology and application: First, innovation and breakthrough of sensitive mechanisms, through the improvement of materials, processes, miniaturization, industrialization and other basic levels; Second, intelligent , function integration, modularization, networking, through the establishment of application bridges, breakthrough bottlenecks, expansion of market space and other means. The three basic core technologies of intelligentization are: MEMS process technology, wireless network technology and micro energy acquisition technology. 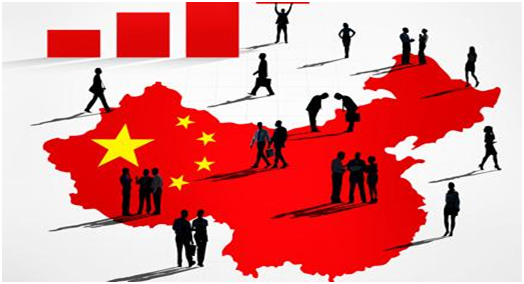