As the cutting-edge technology of modern technology, the sensor is considered to be one of the three pillars of modern information technology, and is also recognized as the most promising high-tech industry at home and abroad. As a result, countries around the world attach great importance to the development of the sensor manufacturing industry and have invested a lot of resources to support it.

After years of development, sensor technology can be roughly divided into three generations:
The first generation is a structured sensor that uses structural parameter changes to sense and transform signals;
The second generation is a solid-state sensor developed in the 1970s. The sensor consists of solid components such as semiconductors, dielectrics, and magnetic materials. It is made of certain properties of the material;
The third generation of sensors is a smart sensor that is the result of a combination of microcomputer technology and detection technology.

In the future, China's sensor market will exceed 250 billion

1. Key technologies need to be broken
First of all, domestic sensors are far from the international level in high-end, high-sensitivity analysis, component analysis and special applications. The high-end sensor products are almost completely imported from abroad. Most of the chips rely on foreign countries, and the domestic lack of new principles. R&D and industrialization capabilities of new devices and new material sensors. Secondly, there are gaps in design technology, packaging technology, and equipment technology. There is no set of sensor design software with independent intellectual property rights in China. The reliability of domestic sensors is 1-2 orders of magnitude lower than that of similar foreign products. The sensor package has not yet formed a series, standard and unified interface. Some sensor technology equipment R&D and production are monopolized by foreign countries. . The core and key technologies of China's sensor technology have yet to be broken, and technological R&D and innovation capabilities need to be improved.

2. The company's competitive strength is insufficient
First, although there are a large number of sensor companies in China, most of them belong to small and medium-sized enterprises, and most of them are oriented to the middle and low-end areas. The foundation is weak, the research level is not high, and the overall scale and efficiency are poor. Second, many companies cite foreign chip processing, weak independent innovation capabilities, fewer independent research and development products, lack of rational product structure, and almost no market share in the high-end field. Third, the technical strength of enterprises is weak, and many of them are cooperating with foreign countries or carrying out secondary encapsulation. The breakthrough rate of scientific research achievements that have been broken is low, the stamina of industrial development is insufficient, and the comprehensive strength is low. From the current market share and market competitiveness index, foreign capital or international enterprises still occupy a favorable position, and the development of domestic sensor enterprises faces enormous challenges.

1. Promote the rapid development of the industry through favorable policies
In December 2017, the Ministry of Industry and Information Technology issued the “Three-Year Action Plan for Promoting the Development of a New Generation of Artificial Intelligence Industry (2018-2020)”, clearly proposing to focus on the development of smart sensors and other related industries, achieving breakthroughs in smart sensor technology products, supporting miniaturization and Research and development of key technologies such as reliability design, precision manufacturing, integrated development tools, embedded algorithms, and support for the development and application of smart sensors based on new requirements, new materials, new processes, and new principles. By 2020, the performance of piezoelectric sensors, magnetic sensors, infrared sensors, gas sensors, etc. will be significantly improved, the acoustic signal with a signal-to-noise ratio of 70dB and an acoustic overload point of 135dB will be mass-produced, with absolute accuracy within 100Pa and noise level within 0.6Pa. The pressure sensor is commercially available, and the magnetic sensor with a weak magnetic field resolution of 1 pT achieves mass production. It has reached the international advanced level in simulation, design, MEMS process, packaging and personalized testing technology, and has system design capabilities in key areas such as mobile wearable, Internet, and automotive electronics

3. The industry presents cluster development
At present, China's sensor companies, and regional sensor enterprise clusters have emerged. The current sensor manufacturers are mainly concentrated in the Yangtze River Delta region, and gradually form a regional spatial layout dominated by central cities such as Beijing, Shanghai, Nanjing, Shenzhen, Shenyang and Xi'an. Among them, nearly half of the major sensor companies are distributed in the Yangtze River Delta region, followed by the Pearl River Delta, Beijing-Tianjin, Central and Northeast regions. 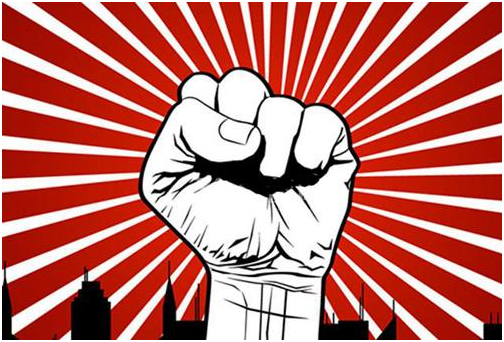