The recent European Summit of MEMS and Sensors in Grenoble, France, clearly shows that sensors are becoming more and more complex, sophisticated and extremely intelligent, and continue to be popular in all areas of modern life. As sensors continue to collect huge amounts of data in order to automate vehicles, cities and factories to become more intelligent, we see a lot of demand for sensor fusion, edge artificial intelligence (AI) and data privacy issues, as well as more and more medical applications combined with biosensors.


Speakers and participants at the event warmly discussed the strong sensor ecosystem currently in development in Europe. For example, we recently reported that a coalition is developing a mid-infrared photonic IC for detecting gas leakage; British researchers have designed devices that can match a CMOS sensor with an Android mobile App to easily measure chronic heart disease or prostate cancer at low cost. Earlier this year, we also reported on OuraHealth, which encapsulates PPG sensors in finger rings to measure heart rate parameters, while Oticon integrates sensors and processing capabilities in its hearing aid products to expand functions other than hearing aids.


At this year's summit, leading companies such as Bosch Sensortec, Infineon, NXP and ST emphasized that their diversified sensor solutions are suitable for applications ranging from wearable technologies to automobiles. Their technologies are demonstrated and innovative in sensor technologies such as MirSense, IRLYNX, Xenomatix and TuskIC are developed. T or emerging companies provide a platform.


Jean-Marc Chery, president and CEO of ST, delivered a keynote speech at the opening ceremony, noting that although Europe has failed to take the lead in the next generation of communications, "we are expected to win a battle in linking 50-60 billion devices in smart autonomy, smart trucks, smart cities, smart factories and health care."


Obviously, this part is related to ST's focus on the core automotive and industrial markets, but it also reflects the fact that Europe still plays a key role in the development of many building blocks for these vertical industries.


The annual conference is actually divided into two parts: one focuses on MEMS and sensors, and the other focuses on image sensors. But from the final intention and goal, it is a meeting about sensors, and the key of sensor fusion is to emphasize that the system depends not only on one sensor, but also on multiple sensor inputs. Whether it's automobile, smart city, future factory or medical care, sensor subsystem usually contains a variety of sensor types from different sources - measuring temperature, pressure, proximity and location parameters, as well as a variety of chemicals and gases, in order to achieve closed-circuit systems for tracking, interpreting and feedback of relevant information.


This is most evident in the automotive industry. It must deploy a combination of vision, radar and other sensors at the same time to help developers to ensure that vehicles can safely drive in automatic driving mode.


Lars Reger, Senior Vice President and Chief Technical Officer of Electronic Business Department of Enzhipu, said that sensors occupy the most important semiconductor value in automobiles, and in order to ensure absolute safety, the combination of vision and radar imaging sensors provides drivers with greater confidence.


Luc Bourgeois, director of Renault Advanced Driving Assistance Systems (ADAS) and Autopilot Systems Engineering, also talked about the need for complementary sensor technologies including car-to-X, radar, lightning, camera and sonar. He emphasized the role of sensor fusion in building perceptual world with digital presentation, which not only helps to grasp more, but also to make further decisions and analyze risks, especially the role of big data and artificial intelligence (AI) in achieving this goal.
Although it has promoted the development of fully automatic driving vehicles, the reality must also be taken into account. Claus Habfast, vice-chairman of Grenoble Municipal Council, said in a briefing on Smart Cities that vehicles in many European cities have been unable to drive fully autonomously for many years. Smart mobility is a key element of every smart city strategy, he said. Unmanned or networked automobiles (CAVs) must rely on seamless communication with other vehicles, sensors and external infrastructure for data processing.


However, he said, "This trustworthy CAV infrastructure is not yet in place. Deployment and operation must be carried out and investment returns must be obtained from the owners and/or users of CAV. No one has yet been able to figure out who will be responsible for the problem in the city, nor how to generate income and allocate it. He added: "When CAV must coexist with ordinary vehicles, eventually it will only worsen traffic and congestion if it does not develop into luxury vehicles." Nevertheless, he believes that with a broad mass transport customer base in Europe, urban authorities are ready to play a leading role in the development of CAV infrastructure.


As time moves towards the present and the future, Michael Alexander, a partner of Roland Berger, a market consultancy, points out that consumers'expectations for personal information entertainment and services based on smartphone-like human-machine interfaces not only continue to drive the demand for sensors, but also create a platform for integration of vehicles and consumer electronics. With the emergence of more and more sensor requirements such as identification, security, data integration and analysis, a general ecosystem connecting intelligent devices with IoT platforms will be able to further adjust and deploy in multiple industries, such as automotive, financial services, health care or medical applications.


IHSMarkit's MEMS and Manuel Tagliavini, chief sensor analyst, describe how Apple killed the fingerprint sensor market in just four years from 2013 to 2017. The effect of the iPhone X will eliminate more than 900 million fingerprint sensors on the market by 2021, he said. The company predicts that fingerprint sensors will gradually be integrated into monitors as screen sizes increase. OEMs in China, such as Vivo, are actively using display fingerprint sensing technology.
In the optical sensor market, time-of-flight (ToF) sensors will dominate, with ST accounting for most of the market share, while Apple uses ToF sensors to replace the part-tested IR sensors, which Apple uses as expensive custom components on the iPhone X. AppleiPhoneX uses a combination of ToF and TrueDepth camera's Near Infrared (NIR) pan-optic sensing module, and is applied to face recognition. In addition to Apple, he said other mobile OEMs, such as Samsung, Huawei, Oppo, Vivo and Xiaomi, are reportedly working on similar FaceID systems, but using standard ToF components or a low-cost majority of ToFs.


According to Eric Mounier, senior analyst at Yole Dveloppement, several electronics industries are driving the development of the market for MEMS sensors due to the far-reaching impact of smart cars, mobile phones, 5G and industrial 4.0. 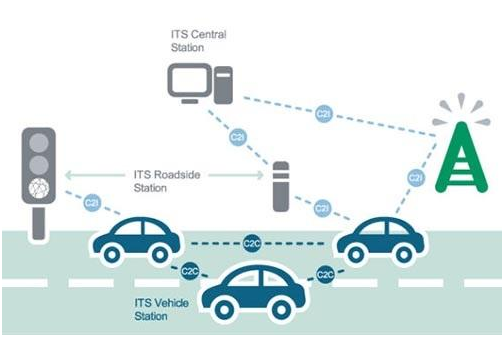