West rushed in shenzhen dapeng peninsula, the southernmost area of 12 square kilometers, the south coastal area, surrounded on three sides by mountains and faces has a beautiful natural environment, is the most excellent dapeng peninsula area.
Here with a 5.1 km long beach, is the longest, dapeng peninsula sandy the best one;The northern mountains, streams and lush vegetation.
Washed the coastline is the most beautiful and most classic coastline in shenzhen hiking routes.The sea and mountain, mountains and long coastline, beaches, islands, reefs, sea rocks, caves, natural landscape such as bridge, column!The best place is relax and challenge themselves.

On April 14, 2012, the sunny weather, our company some employees under the company's organization, armed, challenge things rushed up to four hours of crossing (hiking), which is pictured at the gate of the company before departure, the spirit, we are ready, go!

After more than an hour's drive, 9 o 'clock in the morning we arrived at the crossing of starting point - the east.See figure knew how excited are colleagues, all the way the singing away, while the road ahead is not clear, but we are straight ahead.

Front end open two warriors, holding the letter for the banner of science and technology among the green mountains, evergreen leaves a bit red, whether it's small and medium-sized road in the mountains, or in the steep rock wall, or is the rock of the sea, believed to be a flag of science and technology have been flying high, guiding the way forward.
Flag colleagues hard... 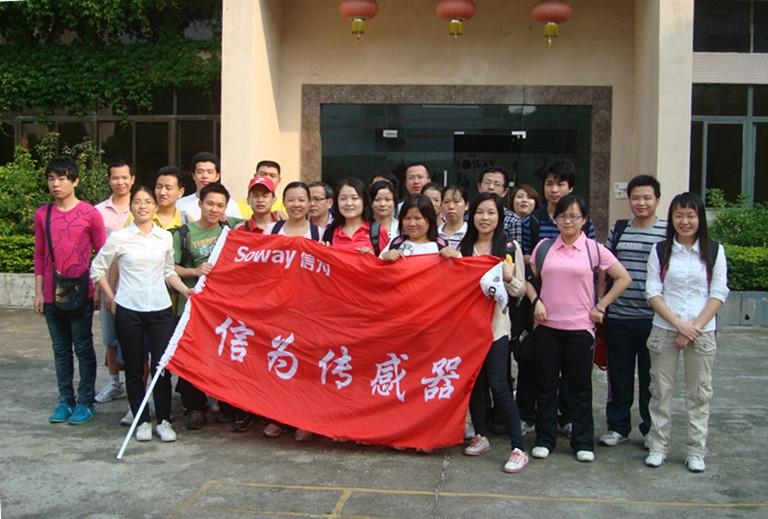